This course is for students who are new to Plato, as well as for those who may have studied him before. Why study Plato? As C.S. Lewis' devil, Screwtape, put it, when we moderns are confronted by the work of an ancient author, the one thing we have been taught never to ask is whether it is true. We must try to overcome that modern prejudice. Western culture is principally based on two things: Greek philosophy (Plato and Aristotle) and Judaeo-Christian revelation (the Bible). In a time, like ours, of massive deculturation, it is vital to return to the sources. As John Paul II put it, faith and reason are like two wings on which the human spirit rises to the contemplation of truth. Plato and Aristotle may be said to have been the first "Fathers of the Church," even before there was a Church. Plato, the first philosopher, wrote dialogues, that is, little dramas, in most of which the hero was Socrates. Plato stands to Socrates as Matthew, Mark, Luke, and John stand to Jesus. Socrates discovered and articulated the dimensions of the human soul. Like Jesus, he was unjustly put to death by the authorities in the society whose order he disturbed. We will consider especially the following dialogues: Euthyphro, Apology, Crito, and Phaedo (chronicling the "Last Days of Socrates"); Gorgias and Republic (two of Plato's most important ethical-political works); and Phaedrus and Symposium (Plato's dialogues on love). These are available on-line, or may be purchased in inexpensive editions. 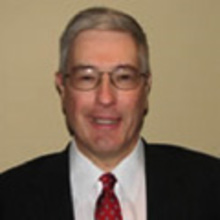 Thomas Lordan graduated from the University of Notre Dame in 1971 with a B.A. major in Philosophy, and graduated from the University of Notre Dame Law School in 1974. He was a member of the Notre Dame London Center for Legal Studies in London, England during the 1972-1973 academic year. In 1996, he received an M.A. in Politics, with a concentration in political theory, from The Catholic University of America in Washington, D.C., and completed all but his dissertation for the Ph.D. degree. Thomas has been a practicing lawyer since 1974, and is licensed in Arizona, Ohio, Maryland, and the District of Columbia. His practice has been primarily in commercial law, both litigation and transactions.